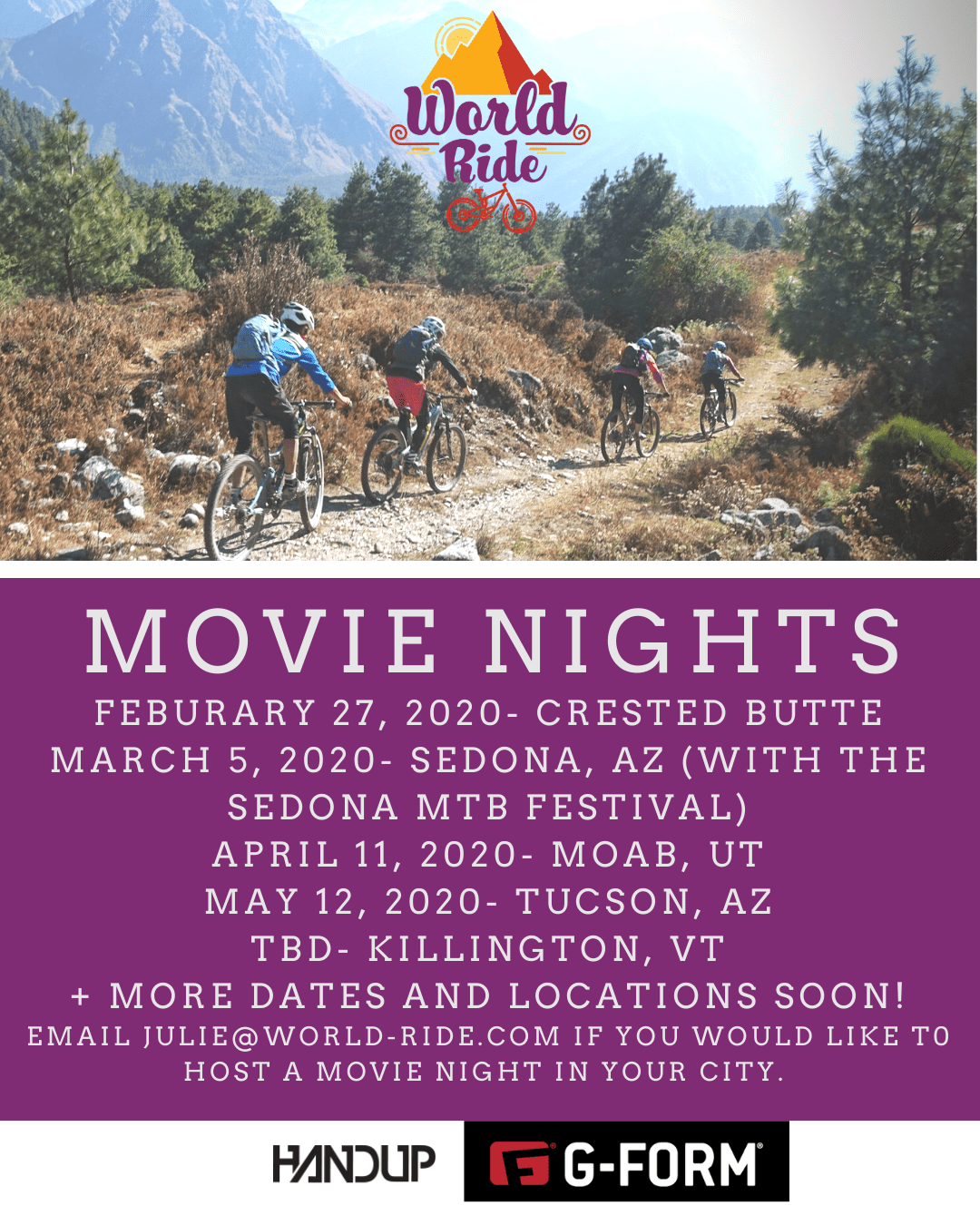 Join us for our Movie Night Fundraisers!

Moksha- the story of three women changing cultural norms by mountain biking in Nepal. It was out of the making of this film that World Ride was founded.

My Last Day of Summer- sure to be a crowd pleaser, this film features a 13 years old shredder Julia

All proceeds from movie nights go to work on our current projects in Nepal and Guatemala, as well as expanding to Peru and Lesotho. We will also have a raffle at each location with great prizes from our sponsors.

We will do the planning!